The Scandinavian region is among the most advanced in the development of e-Invoicing in Europe.

Sweden, Finland, Norway and Denmark were among the first countries to incorporate e-invoicing, getting ahead of European directives on this matter. We analyze the e-Invoicing system of each of these countries and their next e-Procurement projects.

The Swedish regulation on "Electronic exchange of information by public authorities” 2003:770, requires government agencies not only to be able to receive e-invoices, but also to send them through the PEPPOL network to other public administrations.  In addition to e-invoicing, public administrations and their suppliers also have the possibility of exchanging electronic orders and catalogs through the PEPPOL network.

If a public provider does not comply with the required e-invoicing requirements, it may be sanctioned by the DIGG (Myndigheten för digital förvaltning), which is the authority responsible for the digitization of Swedish public administrations and also the Swedish PEPPOL Authority.

In the private sector, companies can exchange invoices on a voluntary basis.

Recently, the Swedish Tax Agency (Skatteverket) is also assessing three different models to comply with the requirements for electronic VAT (DRR) that has been proposed by the European Commision (EC) in order to develop a system that will work in synch with the digital VAT requirements of the 27 member states.

In order to be able to send and receive e-invoices through PEPPOL, suppliers and public administrations must be registered with the Electronic Recipient Address Register (ELMA), which acts as the service metadata publisher (SMP) for the PEPPOL network in Norway.

In the private sector, despite the lack of mandatory policies, e-invoicing is being widely adopted by companies.

Private companies can also consult the ELMA to find out which companies in Norway can receive electronic documents in EHF format through the PEPPOL network. Currently, almost 202,000 public and private administrations are registered in ELMA.

In addition to e-invoicing, other electronic documents are currently exchanged through the PEPPOL network, such as: credit invoice, payment reminder, orders or electronic catalogs. 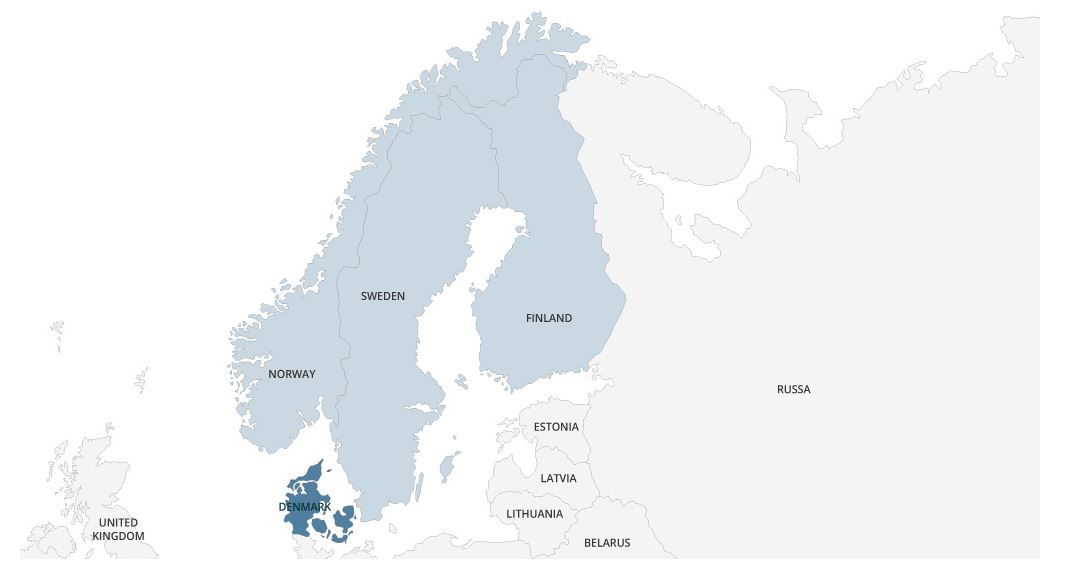 Denmark is a pioneer in the use of e-invoicing. Since 2005, public administrations, as well as their suppliers, are required to issue their invoices electronically. In addition, in 2007, the Danish government created its own infrastructure for the exchange of e-invoices called NemHandel, a precursor of the current pan-European PEPPOL network.

Currently, both infrastructures coexist in Denmark: public administrations are required to be able to receive electronic documents both in the national OIOUBL format, through the NemHandel platform; as in the European PEPPOL BIS 3 format, through the PEPPOL network. However, the government's objective is that only the PEPPOL standards and the European network are used, due to all the advantages it offers in terms of cross-border trade. In fact, the NemHandel platform itself is integrated with the PEPPOL network as Service Metadata Publisher (SMP).

In addition, Denmark is considering the use of e-orders and e-catalogues for certain categories of goods, therefore promoting the use of e-commerce in the public sector.

In the B2B sector, companies have the freedom to use e-invoicing as long as they both agree to do so.

Despite the lack of mandatory policies beyond those required by the European Union and always in the field of public procurement, e-invoicing is widespread in Finland. In fact, since 2010 public administrations have preferred to receive e-invoices, getting ahead of the European Directive on public procurement.

Since 2020, the Finnish government has recognized the right to request e-invoices from suppliers to any public or private company invoicing more than € 10,000. Regarding the rest of private companies, the use of the e-invoice is subject to agreement between both parties.

As for the invoicing system, there is no state platform, but businesses can choose a private supplier to generate and send e-invoices. E-invoicing technology providers maintain and update a public database that receives and sends information with every public or private entity that has enabled this option. In fact, e-invoicing service providers in Sweden are implementing a very similar system inspired by the good results obtained in Finland.

Since 2021, the government requires e-invoices to comply with the national European standard; for this, invoices must be previously validated by the e-invoicing system before being sent to the recipient. Electronic documents must be issued in the national TEAPPSXML 3.0 and Finvoice 3.0 formats that comply with European requirements.

Moreover, among the government's objectives is the development of the “Real-time Economy” project, which contemplates the exchange of electronic documents such as catalogs, orders or order confirmation in the public administration through the PEPPOL network.

PEPPOL is the initiative of the European Commission created to simplify public procurement processes and promote cross-border trade between countries of the European Union. PEPPOL is made up of a series of instruments aimed at standardizing the exchange of commercial documents between the different European administrations. For this purpose, it features:

The PEPPOL network connects the different public administrations with their providers through the so-called PEPPOL Access Points, in a secure and automated way.

The PEPPOL Access Points are responsible for sending and receiving electronic documents through the PEPPOL network.  The versatility of the system has meant that most of the Nordic countries have opted for this system to exchange both their e-invoices and other electronic business documents.

EDICOM has been a PEPPOL Access Point since 2015, certified not only in Europe, but also in Australia, New Zealand and Singapore by the different PEPPOL Authorities of these countries, which have decided to use the European network to also digitize their public procurement processes.

Through EDICOM's e-invoicing platform, companies can send and receive e-invoices, orders, delivery notes or any other electronic document according to the technical and legal requirements not only of the administrations of Sweden, Finland, Norway or Denmark, but of any country in the world.

*The contents of this publication belong solely to EDICOM GROUP and do not necessarily reflect the opinion of the European Union.

Stay up to date by subscribing to our monthly newsletter

Germany is starting to figure out how to use electronic invoices between businesses in the country.
Read more

The CFDI version 4.0 will impact all issuance and reception flows of the electronic invoice and associated documents
Read more